The Rose hall great house is one of the most popular great houses in Jamaica. Its notoriety stems from the tale of the White Witch of Rosehall.

The Rose hall great house was built in 1770 by John Palmer and restored by the Rollin family in 1960. The great house eventually became the residence of John Rose Palmer his grandnephew.

This Georgian mansion was also referred to as the calendar house because it had 365 windows and 52 doors.

What makes the Rose hall great house famous is the legend of the White Witch of Rose hall. The white witch refers to Annie Palmer the wife of John Rose Palmer.

Annie was the daughter of an English mother and an Irish father and raised in Haiti by her Voodoo Priestess nanny.

After the death of her parents from yellow fever, she moved to Jamaica to look for a rich husband. She married John Rose Palmer the owner of the Rose hall great house. 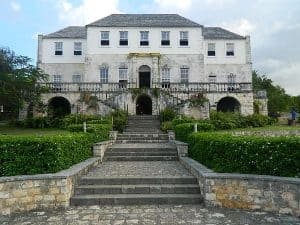 Legend has it that Annie (The white witch of Rose hall killed not only her first husband but also her second and third husbands.

She is also reputed to have killed countless slave lovers. Upon inheriting ownership of the Rose hall plantation, Annie ruled with cruelty.

Legend has it that Annie had her eye on her overseer but he was in love with the Grand-daughter of Takoo her former slave lover. It is believed that Annie had Takoos’ granddaughter killed.

In retaliation, Takoo sneaked into her bedroom one night via a secret passage and strangled her. It is believed that Annie’s spirit still haunts the great house. There has been reported sightings of her ghost over the years. 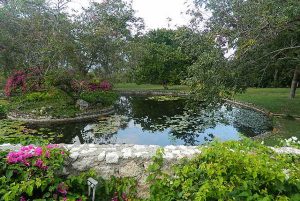 There are two tours of the Rose hall great house; the day tour and the night tour. Both tours tell you about the legend of the White Witch of Rose hall.

The night tour runs from 6:30 pm to 9:00 pm. It incorporates the ghostly tail of the white with of rose hall. If your children are not spooked easily this is a fun way to experience the Rosehall Great house. It’s also a great night time attraction.

Fortunately, the Rose Hall great house is near to most of the hotels in Montego Bay so it’s an easy side trip.

Things to Know about the Rose Hall Greathouse Tour

Do you want information on attractions, travel deals and events in Jamaica?